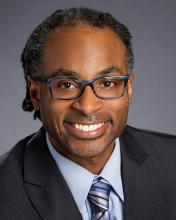 Dr. Green is a nationally recognized leader, writing and speaking on the relationship between educational leadership, schools, and neighborhood communities, with a focus on racial and educational equity. His work centers on three related research strands: 1) the role of educational leaders in equity-focused school-family-community partnerships, 2) the intersection of school reform and equitable community development, with a focus on the impacts of neighborhood gentrification on schools, and 3) institutional change approaches to racial and educational equity in school districts and schools. His research has been published in several journals including Teachers College Record, Educational Administration Quarterly, Journal of School Leadership, The Urban Review, and Urban Education. Learn more about Dr. Green's work on his website, Racially Just Schools. 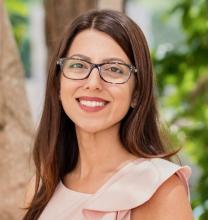 Prior to joining teachHOUSTON as a faculty member, she taught high school physics and served as a science instructional coach for a high-need school district in the Greater Houston Area. In addition to preservice STEM teacher education courses, Dr. Manuel teaches Physics for Middle School Teachers and has authored/taught graduate-level coursework in Engineering Design Education for the UH STEM Master’s program. Dr. Manuel serves on multiple grants and actively publishes and presents at national research conferences. Her research interests include STEM teacher preparation, engineering design education, and culturally responsive pedagogy. Learn more about her work with the STEM RISE program.

Dr. Manuel was presented with 2018 Million Women Mentors Stand Up for STEM Award, which recognizes efforts in mentoring young girls and women to pursue STEM-related career pathways. She is also the recipient of the 2019 Association of Women in Mathematics Certificate of Service to the Field for Mentorship of Girls and Young Women in STEM. In 2020, she was honored with the UTeach STEM Educators Association Award for Outstanding Contributions to STEM Education. She is the 2022 recipient of University of Houston College of Natural Sciences and Mathematics Butler Excellence in Teaching Award. Dr. Manuel was recently selected as the 2022 Vice President/President Elect for the UTeach STEM Educators Association.

Dr. Freeman A. Hrabowski, President of UMBC (University of Maryland, Baltimore County) since 1992, is a consultant on science and math education to national agencies, universities, and school systems. He was named by President Obama to chair the President’s Advisory Commission on Educational Excellence for African Americans. He also chaired the National Academies’ committee that produced the report, Expanding Underrepresented Minority Participation: America’s Science and Technology Talent at the Crossroads (2011). His 2013 TED talk highlights the “Four Pillars of College Success in Science.”

Named one of the 100 Most Influential People in the World by TIME (2012) and one of America’s Best Leaders by U.S. News & World Report (2008), he also received TIAA-CREF’s Theodore M. Hesburgh Award for Leadership Excellence (2011), the Carnegie Corporation’s Academic Leadership Award (2011), and the Heinz Award (2012) for contributions to improving the “Human Condition.” More recently, he received the American Council on Education’s Lifetime Achievement Award (2018) and was named a recipient of the University of California, Berkeley’s Clark Kerr Award (2019).

UMBC has been recognized as a model for inclusive excellence by such publications as U.S. News, which the past 10 years has recognized UMBC as a national leader in academic innovation and undergraduate teaching. Dr. Hrabowski’s most recent book, The Empowered University, written with two UMBC colleagues, examines how university communities support academic success by cultivating an empowering institutional culture.

Dr. Trevon R. Jones is a graduate of UTeach at The University of Texas at Austin. He serves as the Lead Consultant at Practicing Scholar LLC, and he is a passionate advocate for students of color in Fort Worth, Texas. This is his eighth year serving in Fort Worth ISD, where he currently works as an Equity Specialist. In this role, he supports schools and departments in engaging in racial equity work. Before serving in this position, Dr. Jones worked with students as a Data Analyst, Advancement via Individual Determination (AVID) Coordinator, and Math Teacher.

Dr. Jones earned his Ph.D. in Educational Leadership from Texas Christian University. His research interests include Critical Race Theory, student voice, and leadership for social justice. His dissertation study entitled Listen to the Kids: Honoring the Voices of Students of Color focused on elevating the voices of students of color in school decision-making. Dr. Jones is also an adjunct professor at Texas Christian University. His courses focus on helping students unpack identity, respect humanity, and analyze the impact of systemic oppression.

Professor Laude, Professor of Chemistry, Distinguished Teaching Professor, Department of Chemistry at The University of Texas at Austin, described his 30-year journey from being teacher-centered to student-centered, with the success of every student he teaches now his priority. Considered more broadly, he described the University’s student success initiative that led to remarkable improvements in graduation rates. Of more topical concern, Professor Laude will also address what he has learned about maintaining a student-centered approach to instruction during the pandemic.

Spencer Wells is a geneticist, anthropologist, author, and entrepreneur. For more than a decade, he was an Explorer-in-Residence at the National Geographic Society and Director of the Genographic Project, which collected and analyzed DNA samples from hundreds of thousands of people around the world in order to decipher how our ancestors populated the planet, in the process launching the consumer genomics industry.

Dr. Taylor spoke about authentic student engagement, differentiation, and effective student accountability, topics that she explores in her 2018 book: Party of Four Please!: Differentiation at Its Best.

As Chief Executive Officer of the National Math and Science Initiative, Dr. Harris leads the organization’s efforts to improve teacher effectiveness and student achievement in STEM education across the country. A former NASA astronaut, Dr. Harris was the first African-American to walk in space.

Kate "Dr. B" Biberdorf is a chemistry Lecturer and the Director of Demonstrations and Outreach for The University of Texas at Austin.

The One Creating Is the One Who Is Learning: Brianna believes that we must allow our students to be creators—when they are creating, they are learning. She discussed obstacles she has faced when encouraging creativity in the classroom and described her work with her sister on the popular Amoeba Sisters YouTube series.

Mr. Kalil is a Senior Advisor to the Eric and Wendy Schmidt Group and Entrepreneur-in-Residence at UC Berkeley.

Closing Plenary: Beyond the Classroom

Dr. Marder is is a professor of physics in the Center for Nonlinear Dynamics at the University of Texas at Austin, as well as the co-founder and co-director of UTeach.

Mariam shared her UTeach journey from classroom teaching into leadership roles that ultimately took her back to her stomping grounds at teachHOUSTON. She discussed the challenges and obstacles she's faced, offering UTeach alumni inspiration as well as practical insights about navigating the education system and taking on leadership in a range of settings.

Mariam is a Science Master Teacher for teachHOUSTON and is an alumna of that program. She also serves as the alumni member on the board of the UTeach STEM Educator's Association, which has inquiry-based education for students at the heart of its mission.

Dr. Buechley is an associate professor of computer science at the University of New Mexico and the developer of the LilyPad Arduino, a construction kit for sew-able electronics.

A growing community of educators across the nation is endeavoring to build more engaging and effective classrooms centered on fostering student success. UTeach alumni are joining this community in ever-increasing numbers, and they can affect this exciting movement in dramatic and sometimes unexpected ways. Michael’s story of becoming a contributing education professional yielded lessons that can help other alumni as they become dynamic collaborators themselves.

Michael teaches freshman biology, AP biology, and genetics and biotechnology. He also serves on his district’s curriculum development committee, as his department’s technology support contact, on the Kansas Association of Biology Teachers board as the treasurer, as a College Board AP Insight consultant, and as a master teacher for Innovative Technology in Science Inquiry through the Concord Consortium.

Mr. Levine served as the president of the Woodrow Wilson Foundation for 13 years.

Ray Almgren is currently the Chief Marketing Officer at SwiftSensors, Inc. Prior to this position, he served as the Vice President of Marketing at National Instruments.

Katey asked conference attendees to consider how teacher leaders might affect the forces shaping our daily work through leadership roles and participation in professional organizations. She is manager of the Charles A. Dana Center’s K–12 Systems Services and oversees the delivery of the center’s services for educators and administrators across the United States.

Sara Martinez Tucker On March 1, Sara Martinez Tucker joined the National Math and Science Initiative as CEO. She previously served as Under Secretary of Education in the U.S. Department of Education from 2006–2008. Prior to that leadership role, she was CEO and President for nine years of the Hispanic Scholarship Fund (HSF), where she raised $280 million for scholarship and community outreach programs to increase Hispanic college participation. She also previously enjoyed a 16-year career with AT&T, last serving as regional vice president for AT&T’s Global Business Communications Systems.

Opening Plenary—UTeachers as Leaders: Stories from the Field

What makes a UTeach graduate unique? What inspires them to do what they do? UTeach graduates share their stories and reflect on the challenges they face and the successes they have achieved.

Michael Starbird is a University Distinguished Teaching Professor of Mathematics at The University of Texas at Austin. He has been at UT his whole career except for leaves, including as a Visiting Member of the Institute for Advanced Study in Princeton, New Jersey, and a member of the technical staff of the Jet Propulsion Laboratory in Pasadena, California.

Questions? Email us at conference@uteach.utexas.edu